The works involved building a new retaining wall to support an area of collapsed road, and was to be built adjacent to the River Ure. This was a complex job due to the ecological aspects, which had to be carefully considered and manged.

To execute the project, Hinko built a sand bag dam giving working room, and allowed for the wall base construction which was designed to protrude into the river itself. Once the base was constructed large blocks were lifted into position with mass fill concrete to the rear.

The road was re-surfaced and landscaping to the top of the wall was undertaken.

The project was completed ahead of schedule and on budget reducing the disruption to the local public. 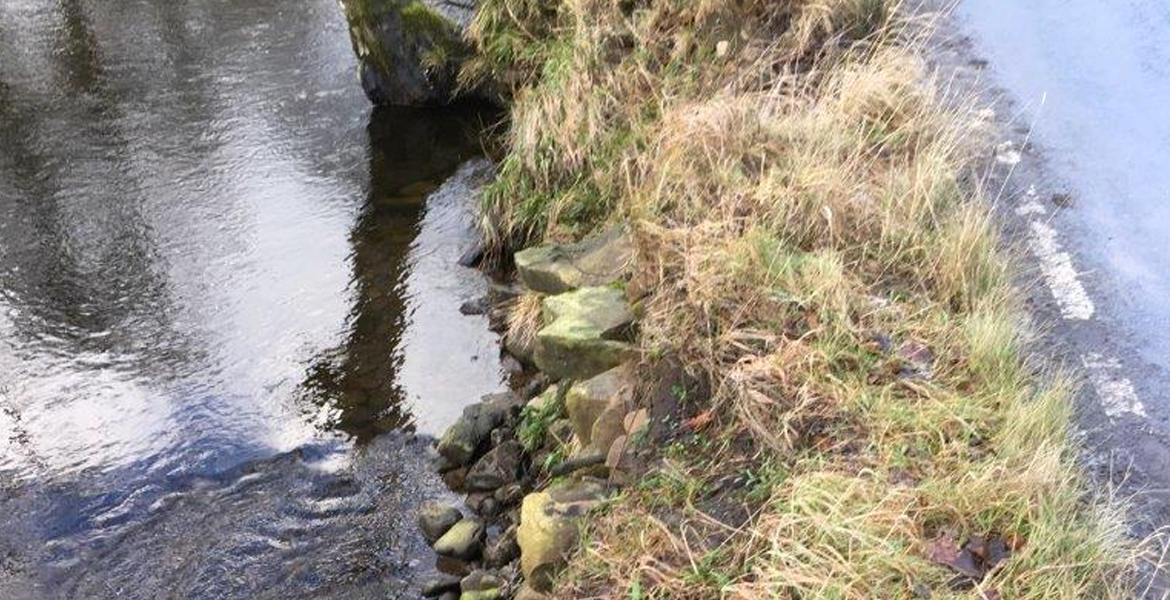 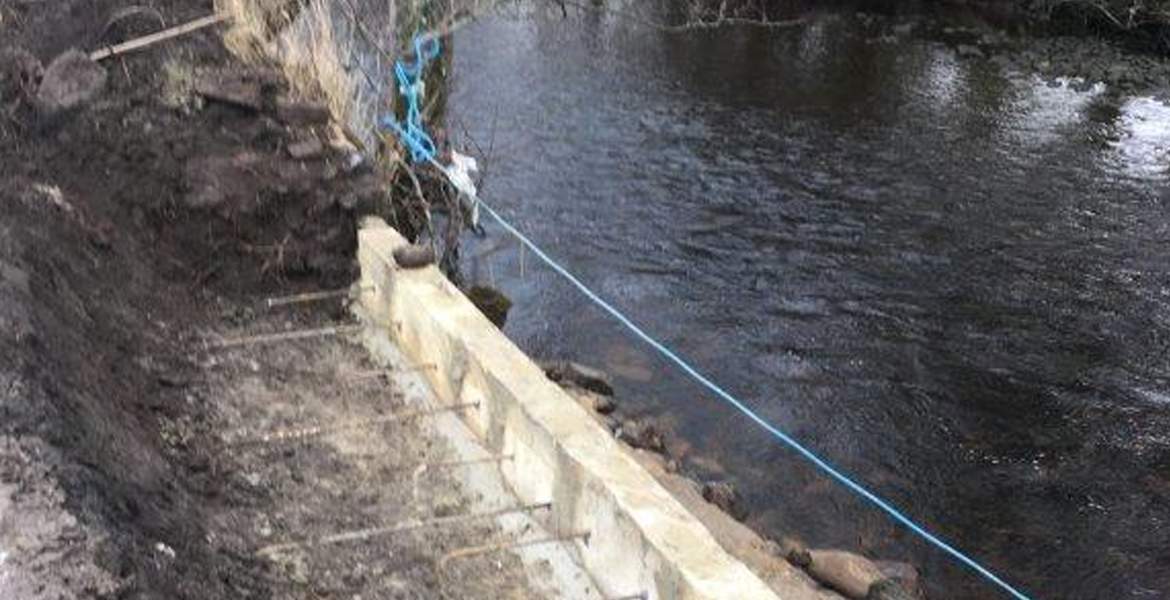 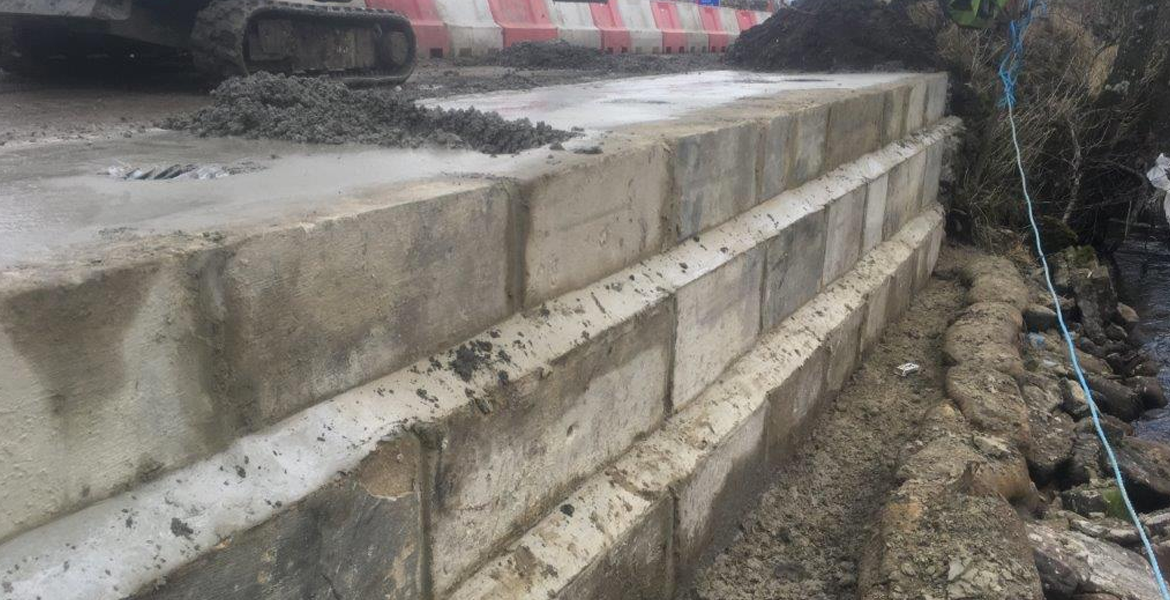 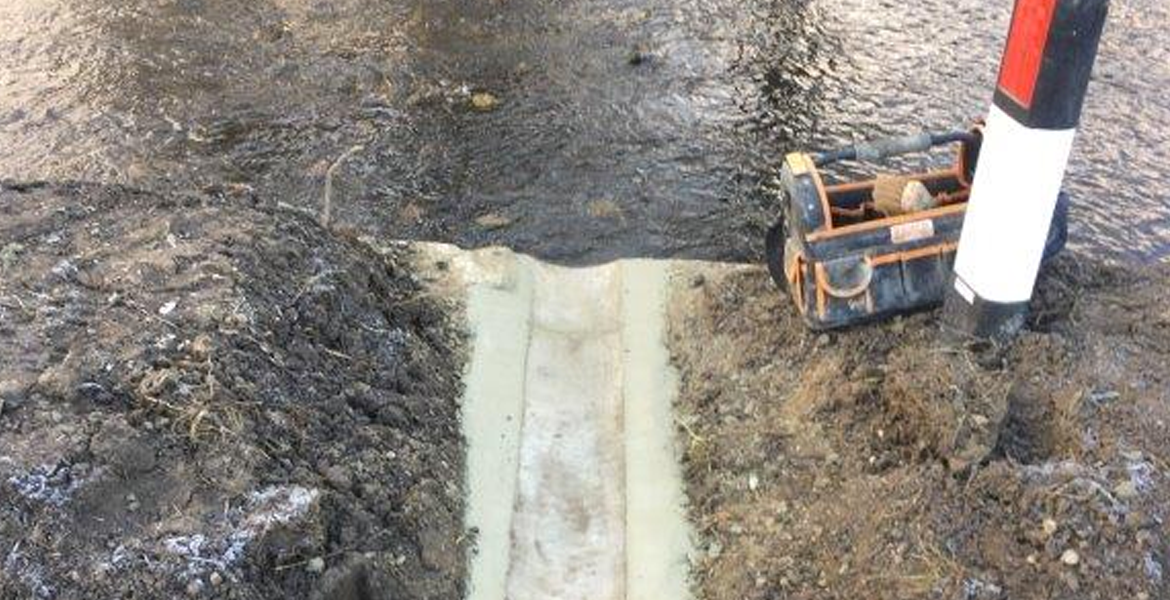 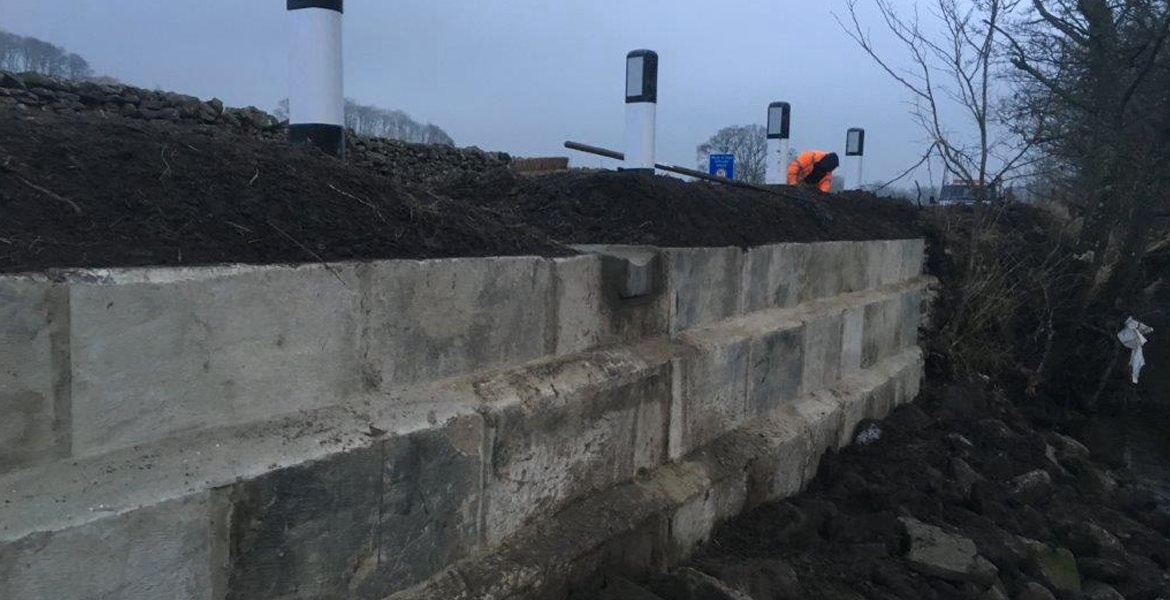 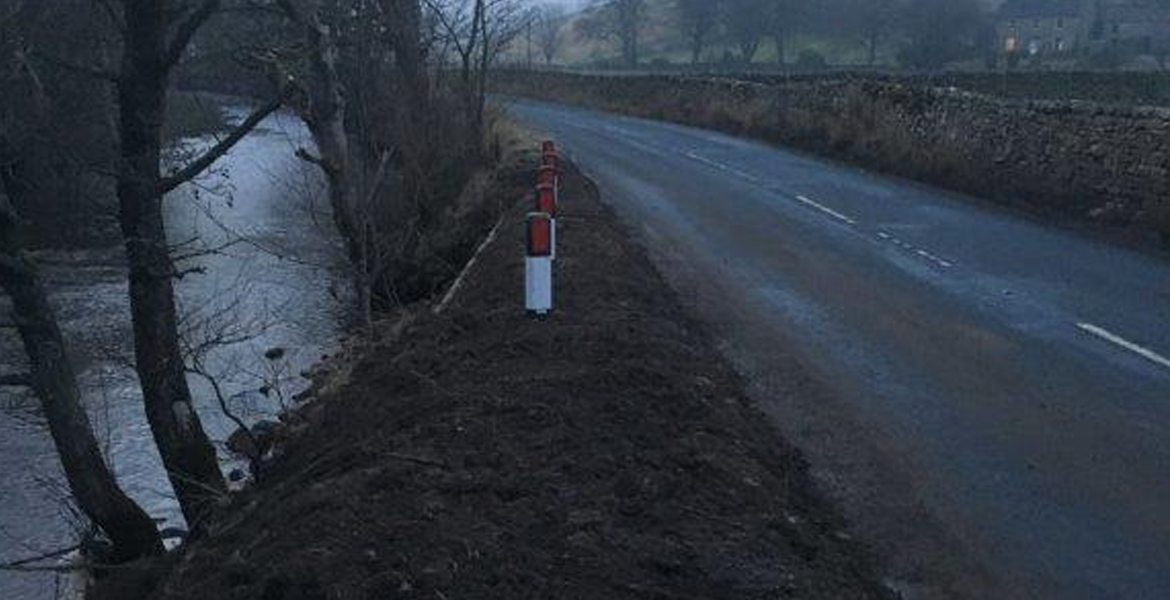 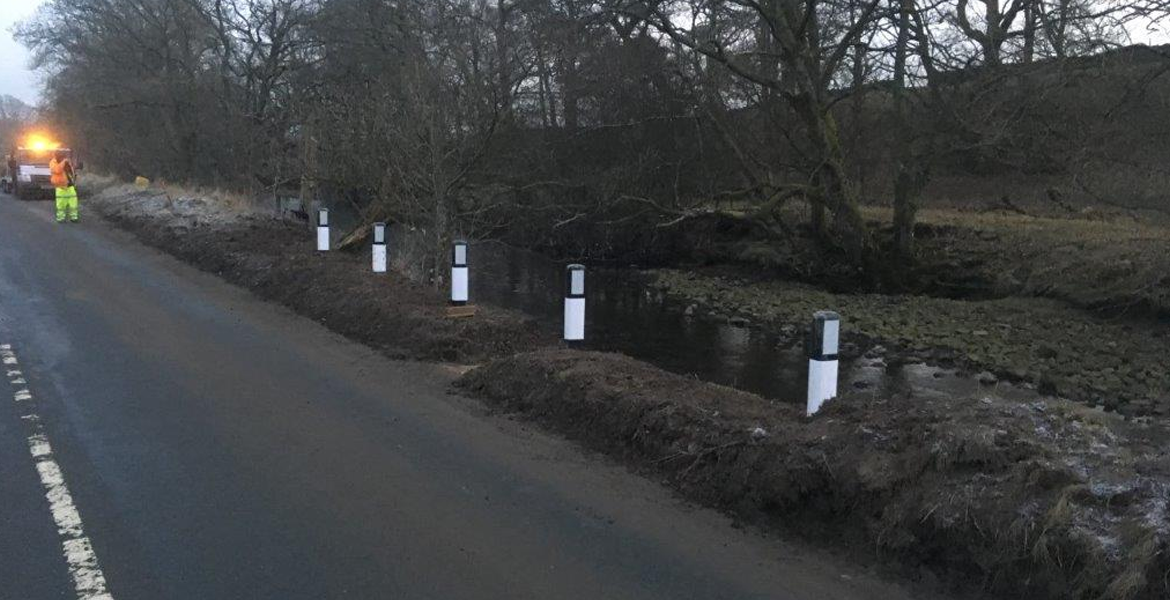 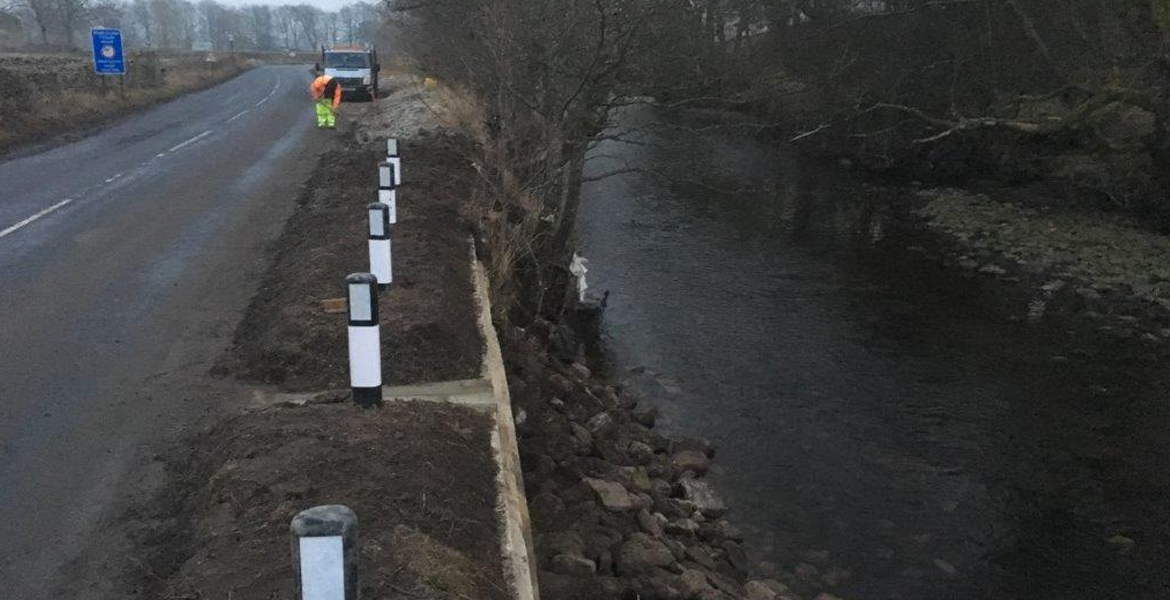